Growing up, my mother used to always say to me

“Hate is a STRONG word.”

Hating a person or things we’ve done, there’s must be a significant meaning behind what you are saying.”

So like anything our parents say to us as children, when we are half listening (or as moms and dads call it now “multitasking”) that’s probably why those weird nuggets of wisdom stick like gum in your hair.

It’s almost impossible to get out but once you do, you most likely wind up laughing to yourself about how it wound up there.

But these past few months and over the last 3 years, I began to try to put together my puzzle of well intention that I’d come to secretly loathe about others and myself.

What specifically is making me hate on life so deeply? And then it slow motion hit me….

I don’t know about YOU but I know it’s damn hard for ME. Because I’ve often hated that I’ve never been honest about a weird petty pet peeve I have.

That is, I often get highly mentally agitated when I can’t understand people don’t know that it’s okay to laugh at yourself. IMO Mistake, failures and trip ups are the funniest damn thing we experience in our lifetime.

And this my friend, is the adventure I’ve been on the last few months (TBH I’ve been mentally unpacking this stuff for over 22 years) but I think I’ve figured out why it bothers me so much when someone else tries not to laugh at themselves.

I’ve been off exploring the craziest thing, something I’ve started calling the Human Comedy Experience.

If the Human Comedy Experience where at tv show, it would be classified as a “dramady” and he logline would read something like this:

The real story is the hardest to admit but when you uncover to the hidden meaning behind the unnerving mental puzzle of it all…Damn it!!!

If that random ass life lesson doesn’t become the most painfully funny thing.

Talk about a silver lining playbook.

Shall we play a game? 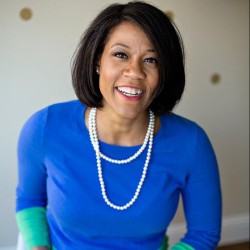 Follow Me
Latest posts by Marcia Gilmore (see all)

PHOTOGRAPHY FOR THE PERFECTLY IMPERFECT FAMILY